Along with the cars on our daily tumblr, we occasionally post some microstories that relate to an uncanny drive. For us, this means an unsettling or odd feeling-- but one created by a situation that's centered around the culture of automobiles and driving. You can see them all here: uncannydrive.tumblr.com/tagged/stories.

So far, we've only posted a few distinctly different ones:

"The Echo," by Michael Aranovitz, tells the story of a dead man, spending purgatory in his Nissan Sentra, and wondering what monsters--like himself--are to do when no one is looking.

In the story "It Doesn't Matter Much," from Oleo, the narrator claims to be fairly unflappable, but it's his apathy itself that can be unsettling.

"I Have Lived In A Trailer Court Or Two," by Michael Kindt, tells a story of watching a fellow Corolla driver, Jesus Christ the Lord and Savior, in his trailer court. It may or may not be something he just banged out one evening, and it may or may not even be fiction. But give it a read. He can quickly pull up an environment that feels like a place you might remember, and that you may or may not have escaped with most of your mind still intact.

These sorts of stories aren't that easy to find, and we haven't posted many in a while. So if you have relevant stories to share (whether your own or someone else's), send us an email with a link, and we'll share them on the uncanny drive tumblr. You can also hit the 'submit' button there if you prefer. 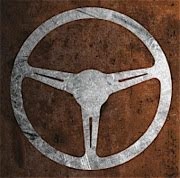